are the feature of Mimigar.

Full-functional RTA is in your pocket, please enjoy your acoustic measurement ! 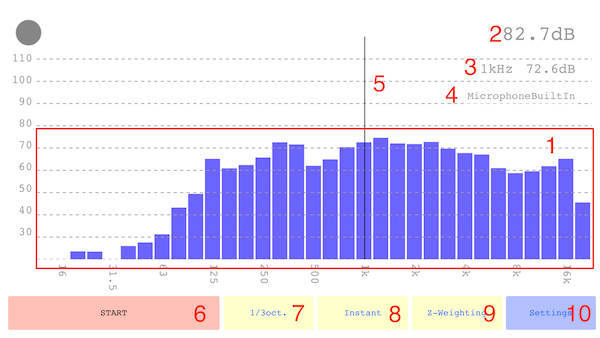 If you need to measure with high accuracy, you should use calibration function.

We have tested i436 microphone with this calibration function. The combination of i436 and CA114 seems to be popular in Japan.

A power level of each band is shown. The x-axis is frequency in Hz, the y-axis is power level in dB.

A power level of all band is shown. The weighting in frequency (A/C/F) is included.

The microphone device name is shown. 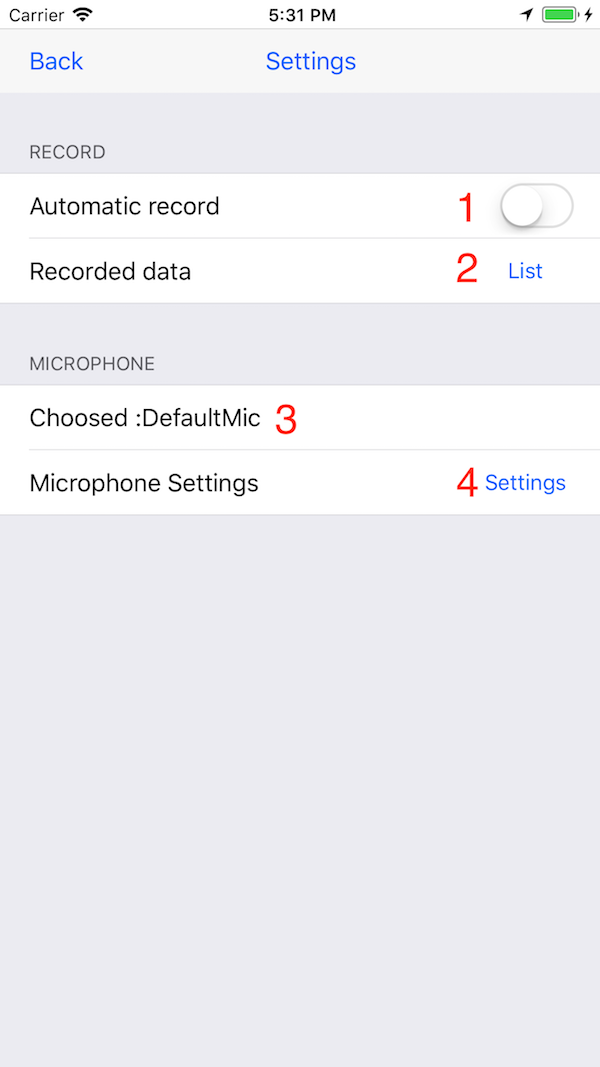 If swithed on, the sound will be recored automatically in your analyse.

The name of currently used microphone. 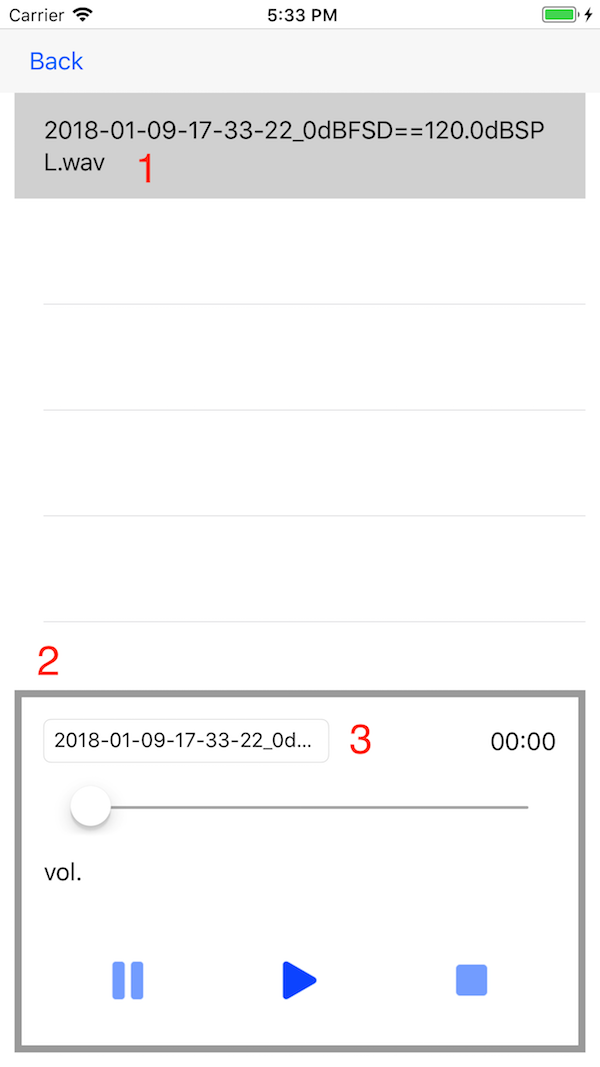 Select recorded file with tap. The format of file name is Y–M–D–h–m_0dBFSD==NNNdBSPL.wav . The SPL value of maximum amplitude(0dBFSD) is saved as NNN, it enables us to file based analyze in PC. 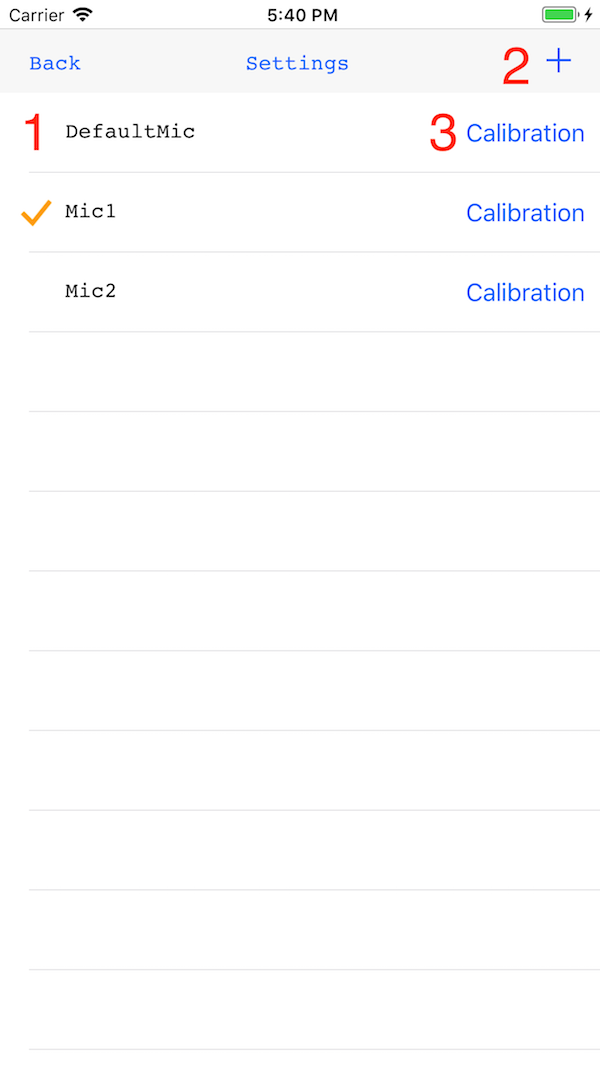 The list of registered microphone is shown. The checked one is used for analyze. 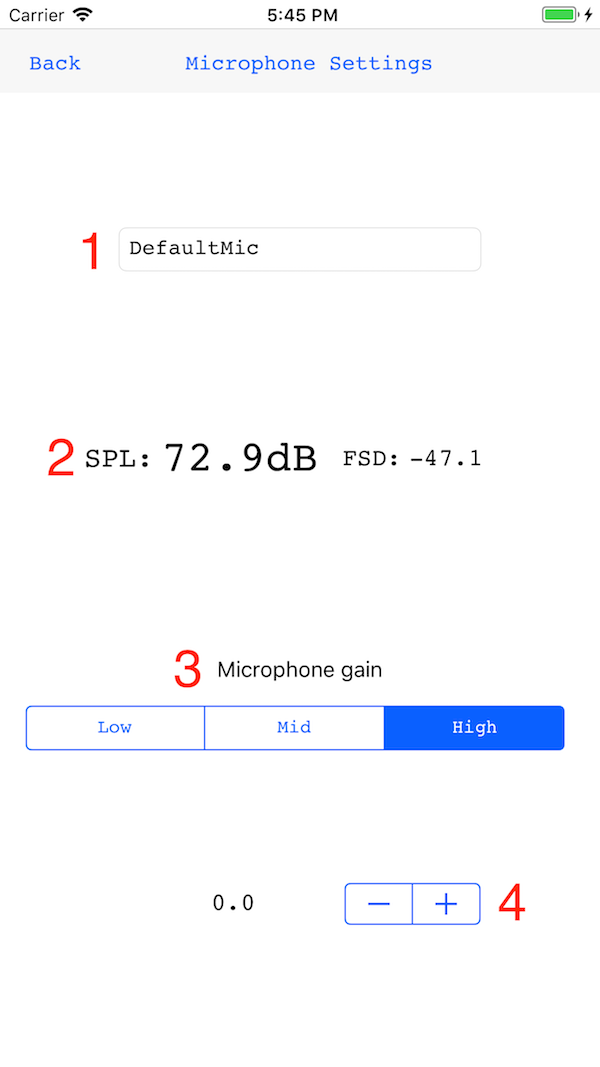 The name of microphone is shown. It is editable, set it as you like.

The SPL of 1kHz is shown.When you calibrate a microphone with piston calibrator, it must be 94dB or 104dB for popular calibrator.

MID is in the middle of above both.

Note: it depends on the generation of iPhone/iPad. Not guaranteed for all model.

Control software gain. When you calibrate a microphone, you must control gain with 94dB or 104dB in SPL@1kHz.